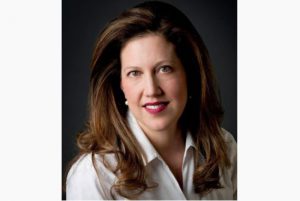 Sara Angel, an art scholar at the University of Toronto, started the Art Canada Institute, a grand name for a modest pet project, from scratch three years ago with the goal to produce ebooks by leading scholars on seminal figures in Canadian art, like Michael Snow, Yves Gaucher, Harold Town and Emily Carr, to name a few, at the breakneck rate of one every six weeks. Did I mention with no public funding? And here’s the great part: They’re all free.

What seemed impossible is now just plain old reality: On Thursday, Angel, who has a background in book and magazine publishing (she was once the editor of Chatelaine) launches the Institute with its first ebook, on the London, ON.-based artist Jack Chambers, with more to come. I spoke with her recently at U of T.

Does this seem at all strange, to finally be launching this thing?

Absolutely. Last year at this time, I had this great idea, and no money (laughs). I’ve been knocking on doors so much I can hardly tell you. But the nice thing is, everyone I asked pretty much said yes. We were able to put it together all through private donors. And then, this vast editorial team, design team, advisory team. They didn’t work for free, but it was definitely a ‘friends and family’ rate, I can say that.

What was the motivation for the project?

I’m now in my fourth year of doing a PhD here, in art. Even before I started teaching, I just noticed there was really no comprehensive material that existed about Canadian art history. If you and I were growing up in France, we would know who the French Impressionists were — we would know that cultural history. But I always felt like that didn’t exist.

Then, when I started teaching U of T, I really noticed it. Sure, there are lots of books on Emily Carr, or Tom Thomson — but when you start to dig a little further, there isn’t. And certainly, online, there isn’t one central resource where you can find this material.

Is it a matter of there not being a market?

It’s not a question, I think, that Canadians aren’t interested in art history. But to publish visual art books is a really expensive proposition. You have to publish 20,000 copies to keep the price point down. So I thought, ‘Hey, we’re living in the 20th century, we have the technology to do something in a different way. We can do stuff just born digital.’ So I started thinking, what would it look like if we could create something like that?

There’s a significant debate around seeing art in reproduction versus seeing it in the flesh, so to speak, all centred around the internet and the ease with which it can turn up low-res jpegs of virtually anything. Where does ACI fit into that?

Well, I one-hundred per cent don’t think that looking at art online is the same experience as walking into an exhibition in real life. But I do think that, in the same way once upon a time people thought music was only music if you were hearing symphony play live, we have come to realize there are many different ways we can enjoy music. I think that’s where we can get to with art.

So this is kind of like lying on your couch, wearing headphones.

You’ve said you want to do a book every six weeks or so. How long can you keep that up?

This year we are releasing six, next year we’ll do eight, and then we’ll do 10 per year.

Yes, it’s completely crazy! Our goal is to get up to 50 in the first five years. And then we’ll probably continue. One thing we have found is there was no shortage of people who want to write them. We have 20 commissioned, and 12 are already written.

You’re the founder, obviously, but also the publisher and chief fundraiser, all the while working on a dissertation and raising three kids. The big question is, why?

I don’t know! Honestly, I just thought it needed to be done. It’s a totally irrational passion. That’s what it is.