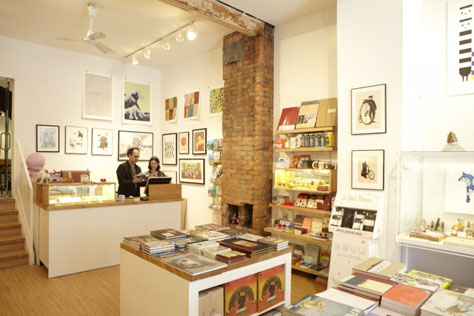 How a designer-toy store became Toronto’s most vibrant art gallery.
—

Crocheted plants, dice, toys and ashtrays. These probably aren’t the first things you’d expect to find while shopping for art, unless you happened to be browsing in Magic Pony or Narwhal Art Projects. For almost a decade, the two Queen West destinations (formerly down the street from each other) have helped Torontonians see such items as art by connecting their clientele with affordable and often functional items, like an ashtray by Japanese artist Yoshimoto Nara or one of Toronto illustrator Gary Taxali’s wooden toys. This week, Magic Pony and Narwhal officially celebrate coming together under one roof (680 Queen St. W.), along with artists’ studios and a print workshop, creating the best hybrid art shop in the city.

You can credit Steven Cober and Kristin Weckworth, who co-own both spaces, for bringing this completely fresh gallery model to Toronto. “There’s one way of thinking about art in which [the artists are] academic and show at institutions,” says Cober. “And there’s another world where artists are doing commercial work, making products and finding multidisciplinary ways to be part of popular culture.”

Although not a couple, Cober and Weckworth describe themselves as “basically one person.” They met through mutual friends, and after 9/11, they were both inspired to leave their corporate jobs (Cober was in advertising; Weckworth in fashion and TV) and travel in Asia.

In Japan, they noticed an erosion of boundaries between high and low culture. Graphic illustrators, graffitists and street artists were turning two-dimensional characters into limited-edition toys. “But the toys weren’t for children,” says Weckworth. “They were being made for people who were interested in art but not necessarily able to afford a huge  painting.”

Back in Toronto the pair began importing designer toys for a small circle of collectors. In 2002, they named their business Magic Pony after the unicorn, which, like their merchandise, was “rare and hard to find,” according to Cober. They ran their operation out of Cober’s Kensington loft, opening on Wednesdays only, eventually becoming a shop with regular hours when Magic Pony moved to a second-floor space on Queen West in 2003.

The same year, Cober and Weckworth opened Narwhal Art Projects, named for the unicorn of the Arctic sea. It was a place where they could showcase the larger, full-blown artistic vision of the toy and figurine makers,” says Weckworth. 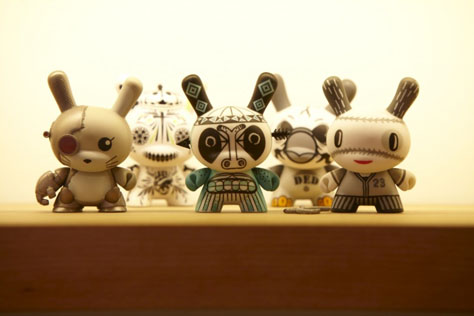 Then the unexpected happened: local artists started coming to Cober and Weckworth for representation. “Because our product is unusual and bizarre, it attracted city artists who felt like they didn’t fit into the traditional gallery system,” says Weckworth. Narwhal then shifted its focus away from Asia to concentrate locally on championing young contemporary talent, and opened a location separate from Magic Pony.

Through an ambitious schedule of exhibitions, Cober and Weckworth became two of the city’s most visionary curators. Today, they showcase many of the country’s most promising artists, including Team Macho, a five-man art collective who just had a retrospective at Montreal’s Optica centre for contemporary art, and the internationally celebrated illustrator Gary Taxali, who, when not doing work for Rolling Stone, McSweeny’s and MTV, creates animation, toys and fine art. The pair also became publishers, producing and selling handsome volumes for their artists.

The decision to bring Magic Pony and Narwhal together is “an arrangement that can’t be beat,” says Cober. “People are open to trying art but galleries can be intimidating. When they come into a shop, even if they’re not familiar with what’s in it, it’s engaging.”

In its new incarnation, Narwhal will display larger and more costly works by artists whose “street” items—books, prints, dolls and clothes—sell for $12 to $300 at Magic Pony. It’s an ever-changing mash-up that its clientele has now come to expect. “When we started, it was very punk rock that there were no set categories,” says Weckworth. “Now that’s not so niche—it’s part of regular culture.”