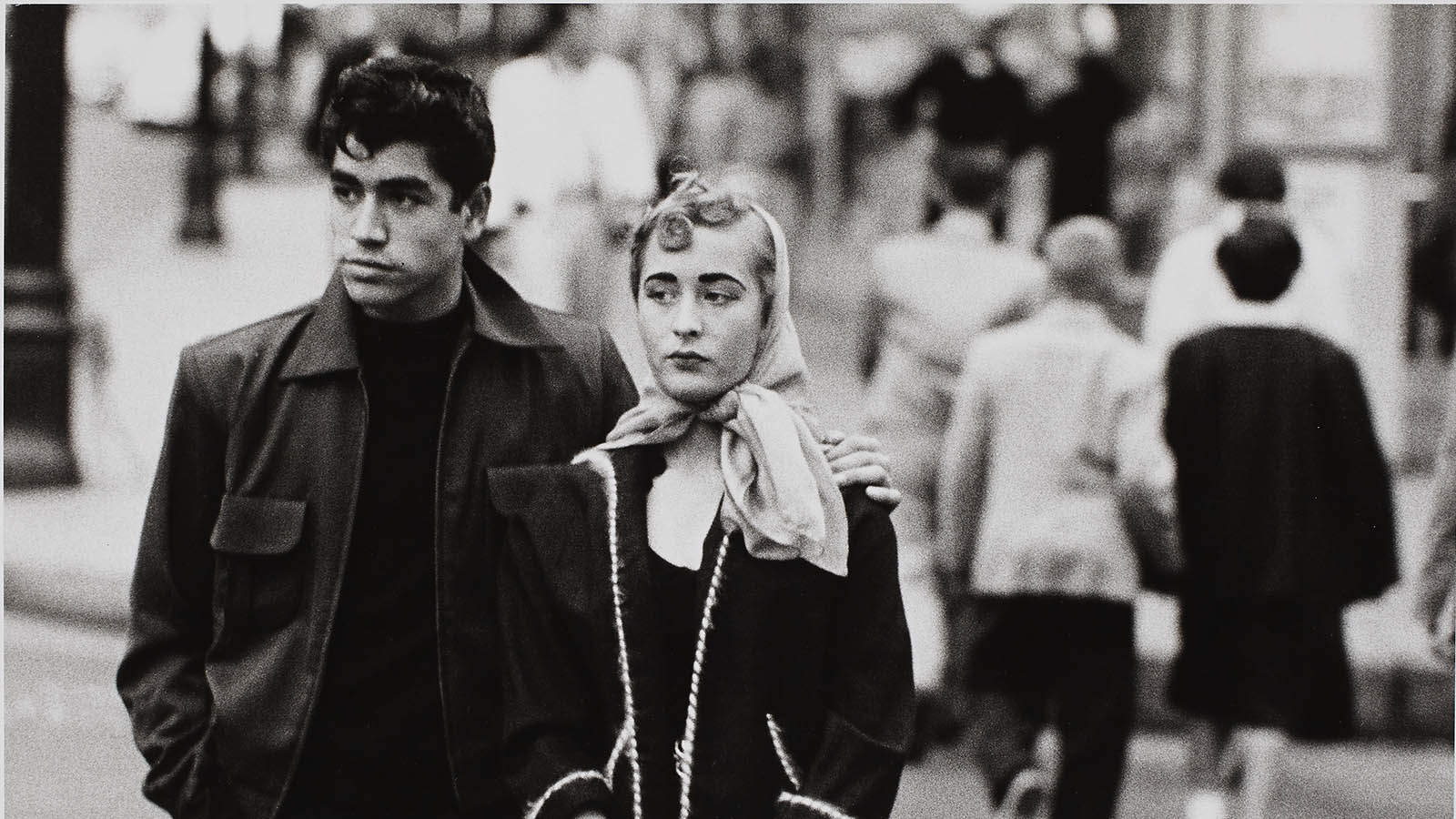 A 1956 work shot by Robert Frank in Chattanooga, Tenn., is one of nearly 300 gems the Malcolmsons just donated to the AGO.

Their Life in Pictures

Harry and Ann Malcolmson agree on nothing. This makes their art collection one of the most interesting ones around.
—

Despite being married for more than 50 years, and being known as one of the country’s foremost collecting duos, Harry and Ann Malcolmson rarely have the same viewpoint when it comes to their shared passion: photography. This could be their secret to building one of the most important groupings of photographs ever put together in Canada, a priceless assemblage of 268 works they donated to the Art Gallery of Ontario earlier this year, many of which went on display last week. Almost any question put to the couple on the topic yields two different answers: Why did they get into buying art? “Who knows?!” barks Harry, a retired lawyer. Then, as if she didn’t hear what her husband said only seconds earlier, Ann, a former social worker, breaks into a wide smile and answers, “We just loved it.” In gallery circles, they have become as renowned for their charming banter as for their knowledge. It’s not as bad as Edward Albee’s Who’s Afraid of Virginia Woolf?, Harry assures me. “We don’t always agree, and it’s great fun to argue.”

The Malcolmsons married in 1958, not long after they met in a University of Toronto history class. When they began visiting galleries every weekend, the dealer Dorothy Cameron noticed Harry’s keen eye and opinions and recommended he become an art critic. He did—without any formal training—to make money while attending law school. He became an important voice on the cultural landscape, writing for the Toronto Telegram, Saturday Night, Canadian Art and Maclean’s.

Collecting art came casino online naturally to the couple, though, for the first 25 years, their focus was on painting and sculpture, and amassing works by Canadian greats, including Paul-Émile Borduas, Jack Bush and Michael Snow, as well as American 20th-century masters Bruce Nauman, Richard Hamilton and Richard Serra. By the 1980s, with their three sons grown, they moved to a smaller space, and “big paintings were no longer practical,” says Ann, explaining how they came to donate their first collection to institutions across the country. They turned to photography, she continues, after looking at early examples of camera-based art, such as works by Craigie Horsfield, and became “fascinated by the history of the pictures that lay behind this new interest.”

As Ann speaks, Harry stands up and shakes his head to make it clear he has a different take. “Darling,” he says, with more than a hint of exasperation, “the kind of work we collected was the same as our peer groups in Toronto. If we did so for another 10 years, it was still going to be the same.” It was time to forge a different path. “I’m not the kind of person who thinks the same way as the majority.”

For the better part of the next three decades, the relatively unexplored territory of photography beckoned, inspiring them so profoundly that both, in a rare point of agreement, describe how its greatest works “collected them.” For relatively modest amounts they found accomplished pieces, which led to other discoveries. Gradually, and without advisers, they built a canonical look at the history of the medium, encompassing 110 of its most outstanding practitioners—legendary names such as André Kertész, Man Ray, Bill Brandt, Alfred Stieglitz, Robert Frank, Julia Margaret Cameron, and Eugène Atget.

The current exhibition at the AGO offers not only this breathtaking overview of photography’s history but an enchanting window into the Malcomsons’ journey. The couple’s shift in focus coincided with Harry’s move from a career in corporate law to a decade of work with the World Bank and the International Monetary Fund that afforded them extensive travel opportunities. This was a necessary component of their vision, which was “an international process of acquisition,” says Ann. Their differences worked to their advantage. Whereas Harry saw works with the decisive critical eye honed during his years as an art writer, Ann scrutinized images for their material excellence, rigorously assessing their condition, paper quality and patina. Once the couple brought their finds home, she acted as conservator.

Hung alongside the works at the AGO are delightful diary-like accounts of their discoveries. “This was one of our first purchases,” states the text beside an 1824 Auguste Salzmann image of Jerusalem’s Jaffa Gate. “Harry loved the light and shadow. We bought it from the very knowledgeable New York dealer Hans Kraus, but Hans was not able to tell us what the writing said. Recently, we showed this photograph to a young student from Pakistan. He easily translated the inscription on the wall.”

Asked how they feel about coming to the end of the collection, the couple offers, predictably, different answers. By the time they had amassed works from each of the significant periods in the history of analog photography, “adding more wouldn’t fundamentally change the nature of what we built,” says Harry. Then Ann offers her take: “We had to consider our age and that it is hard to manage a collection so large and needy.” Still, she adds, “even though it was complete to Harry, I would have been more than happy to keep going.” Now, looking at her husband, she is clearly talking as much about their shared time together as about the photographs they found. On that point, he would certainly agree.