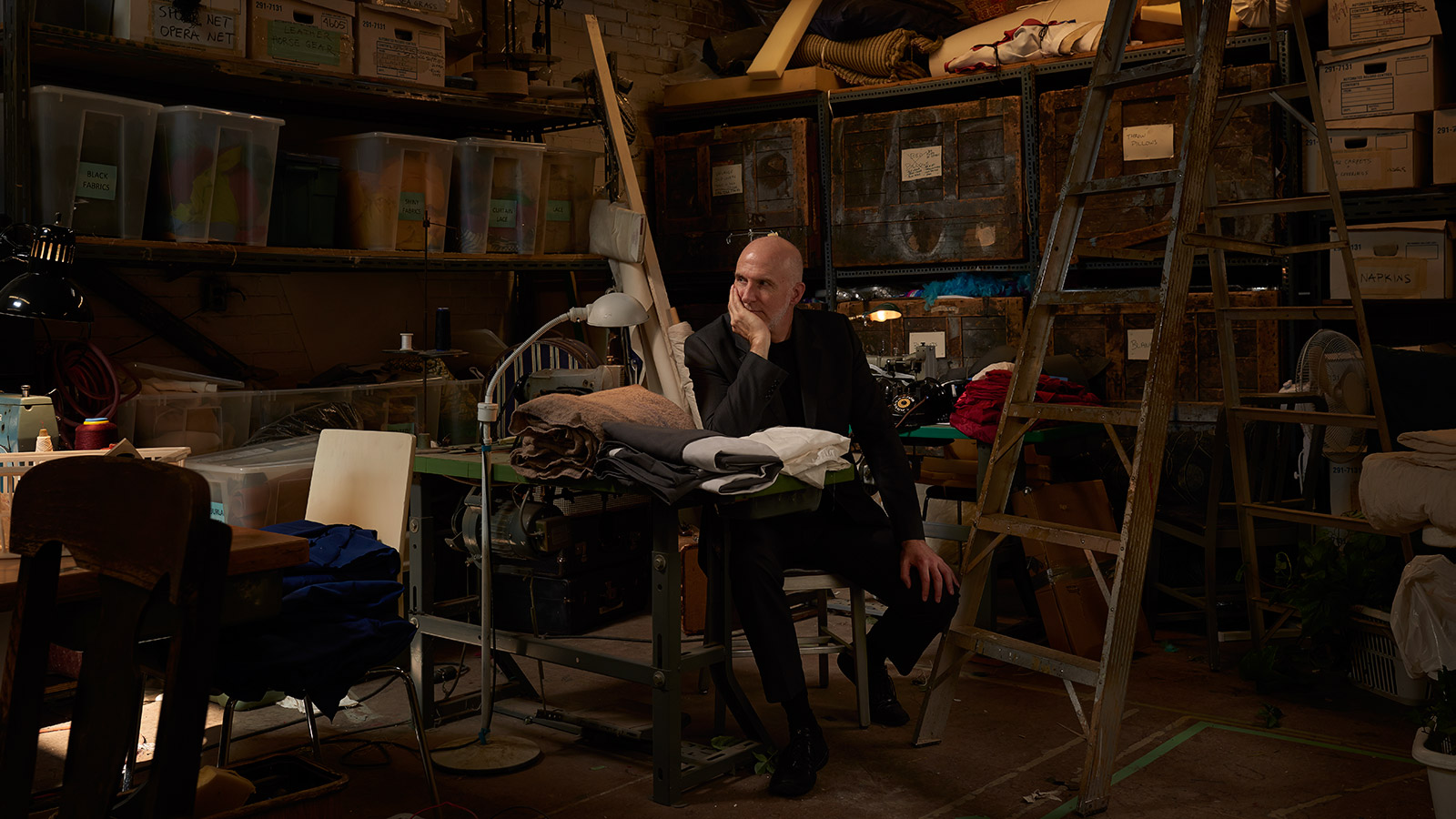 The vindication of CanStage’s Matthew Jocelyn

After facing snarky reviews and fleeing audiences, one of our most controversial artistic directors breaks through.
—

When Helen Lawrence opens next week in Toronto as the showcase production of Canadian Stage’s 2014-15 season, it will be unveiled having already won plaudits from some of the most discerning theatre audiences in the world. Following its Vancouver debut earlier this year, a critic wrote of the groundbreaking piece of theatre, “You’ve never seen anything that looks like this before on a stage.” The play then travelled to Munich’s avant-garde Kammerspiele theatre—which, famously, staged the first work of Bertolt Brecht—and the prestigious Edinburgh International Festival, where a Canadian theatrical production has never previously played.

It also underscores why Canadian Stage’s artistic and general director, Matthew Jocelyn, has become one of this country’s most brilliant creative forces—and one of its most controversial. He played a pivotal role in bringing Helen Lawrence to life and in advocating on its behalf internationally. But success has not been without challenge for the boyish and affable Jocelyn, 56, who took Canadian Stage’s helm five years ago.

For the director raised in Stratford, Ont., who made his name in some of Europe’s most acclaimed institutions, the idea of theatre as a place where actors recite lines on stage is about as antiquated a notion as transportation by horse-drawn carriages. He believes progressive theatre consists of  “hybrid forms,” where various disciplines intersect on stage.

It’s a vision that proved near-catastrophic during his first CanStage season. Crowds fled at intermission, subscription rates dropped and critics called his programming choices arrogant. Audiences were flummoxed by his approach. “‘I don’t want to see dance, I want to see theatre,’ ” says Jocelyn, recalling a popular complaint. “I may have made some choices that weren’t the most judicious.”

His interdisciplinary approach to life began early. “My parents encouraged us to have no directional ambition. They allowed us to flounder in all things that interested us,” recalls Jocelyn, one of four children of a high school teacher (his father) and a social worker (his mother). Growing up in Canada’s theatre mecca shaped his destiny: His grandmother rented rooms in her home to costumers, prop shop workers, and actors, all of whom were like surrogate parents. By age 10, he went to most of Stratford’s plays each season. Jocelyn remembers developing a uniquely theatrical viewpoint on life: “This is what the world is: living on one side and telling stories on the other.”

He first left home to study trombone at Mount Allison University, then French literature at McGill, where he won a Rhodes Scholarship that took him to Oxford. While in England, he became so captivated by the experimental-theatre innovator Jerzy Grotowski that he left for Poland to study with him. “He got actors thinking about training and the body” in a way Jocelyn had never previously imagined. When Jocelyn took a teaching position at the elite École normale supérieure in France, he became “part of the Paris cell” promoting Grotowski’s work.

In Paris, in 1982, Jocelyn encountered Tanaka Min, a renowned dancer who performed butoh, an expressive form of movement invented in the aftermath of Japan’s atomic bombing. “Choreographers have always fascinated me,” he explains. “They are often way ahead of their time because they are not belaboured by text.” Tanaka had an extraordinary ability to “mix art with some kind of spiritual encounter” through physical expression. Another master had entered Jocelyn’s life. Soon, he left Paris for Japan to study with Tanaka.

His return to France offered an opportunity by way of a very different sort of master, who was himself quite a “hybrid form”: Jonathan Miller, the renowned British neuropathologist, author, humourist and opera director. Jocelyn became Miller’s assistant-director when he arrived in Paris to mount a contemporary conceptualization of nbso online casino La bohème. It was “a huge light bulb,” says Jocelyn, who moved from experimental theatre for small crowds to three years of making opera at the 2,700-seat Opéra National de Paris, where he learned the nuts and bolts of running a large-scale national institution.

The experience helped to vault Jocelyn into a high-profile artistic director role in French theatre, a status rarely afforded to a foreigner. Thanks to his unique training in opera, avant-garde and traditional theatre, by age 40, he was chosen to run Atelier du Rhin in Alsace, a national drama centre with a $14-million operating budget. Under his leadership, it became an international opera studio.

After a successful decade, Jocelyn prepared to move to Berlin. He had promised himself he would never stay in the directorial position for more than 10 years. “It’s very easy to get to a point where you say ‘my theatre,’ ” he explains, “but, with a public company, that’s not how it should be.” Then in 2009, he got a call from a headhunter, asking if he would consider heading Canadian Stage, Toronto’s largest not-for-profit theatre company.

The job wasn’t an obvious next step. The hyperconservative theatre company had recently mounted the popular show Shirley Valentine, which, as one critic put it, Jocelyn “wouldn’t cross the road for, never mind the Atlantic.” Still, he was “absolutely interested” in creating a home for Canada’s best contemporary performance artists—whatever the form, be it theatre or dance—within a context of great work from around the world. That was the sentiment he expressed to CanStage. “I threw the glove on the floor,” he says, “never expecting a response.” Three days later, the company called him back. 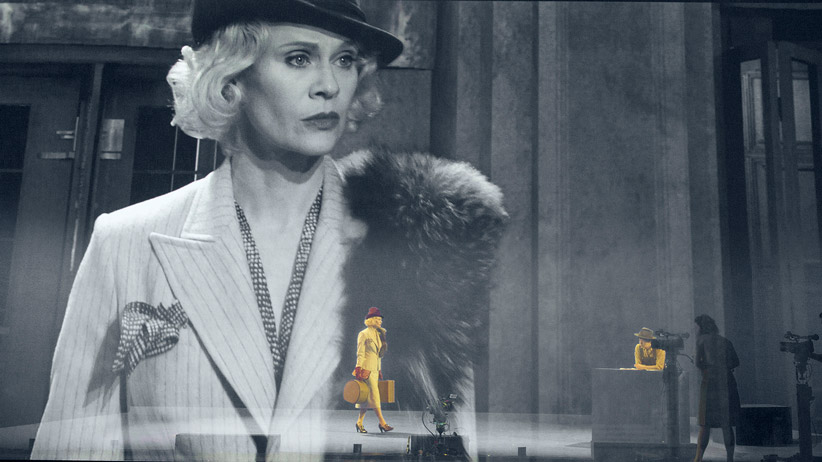 “It is the most sensual, sumptuous piece of dance that I have seen in my lifetime.”

With each season, Jocelyn has come closer to achieving this vision. Last year, he mounted Robert Lepage’sNeedles and Opium, an emotional play about Parisian poet Jean Cocteau and jazz legend Miles Davis. It won raves and sold-out shows. (This year, it is being remounted for an exclusive 10 performances.) At the start of his fifth season, Jocelyn says the company “looks like what it should.” Its offerings feature traditional theatre, dance and contemporary music, and he sees the international recognition of Helen Lawrence as a considerable measure of success. “Our wheat is eaten in Ukraine, Chile and Australia. It is a national resource that is validated because of its reach to a global market. Our cultural resources are no different. They need to make a mark on the international landscape.”

In the months ahead, CanStage will present classical script-based theatre, a revisioning of Anton Chekhov’sThe Seagull. But, pushing the envelope, it’s mountingOpus, “a work of circus,” says Jocelyn, featuring acrobats tumbling while one of France’s great quartets plays Shostakovich. Also, he is bringing to Canada Kiss & Cry, a Belgian production about an older woman reflecting back on the romances of her life. Not once in the performance does the audience see its protagonist’s face, nor her lovers’. The characters are portrayed exclusively by hands and fingers projected on screen. Says Jocelyn, “It is the most sensual, sumptuous piece of dance that I have seen in my lifetime.”

The audience members are also more how Jocelyn imagined them when he returned to Canada: Increasingly, they are the same crowds who frequent the Toronto International Film Festival and the Power Plant, which is internationally recognized as the country’s leading public institution for contemporary visual art. No longer do his fans fear, as they once did, that he’ll buy a one-way ticket back to Europe, where his theatrical vision first found a much easier reception.

Still, Jocelyn’s ambition is far from being fulfilled. “We have great commercial theatre in Toronto,” he says, “but we are in desperate need for a high-capacity, 21st-century infrastructure for the most outspoken contemporary works of today,” he says, alluding to talk about CanStage’s plans for the creation of a new physical space. Until then, non-commercial theatre in Toronto remains “a bit of a confidential experience.” This, too, is something Jocelyn will surely rectify if his next five years at Canadian Stage are as productive as his first. As he puts it, a meaningful arts institution must “be a home for how artists are interrogating the world to create a culture of curiosity.” Even for those who don’t share the artistic director’s vision, it’s a sentiment that’s hard to dispute. When it comes to Canadian theatre, Jocelyn is undeniably asking the right questions.