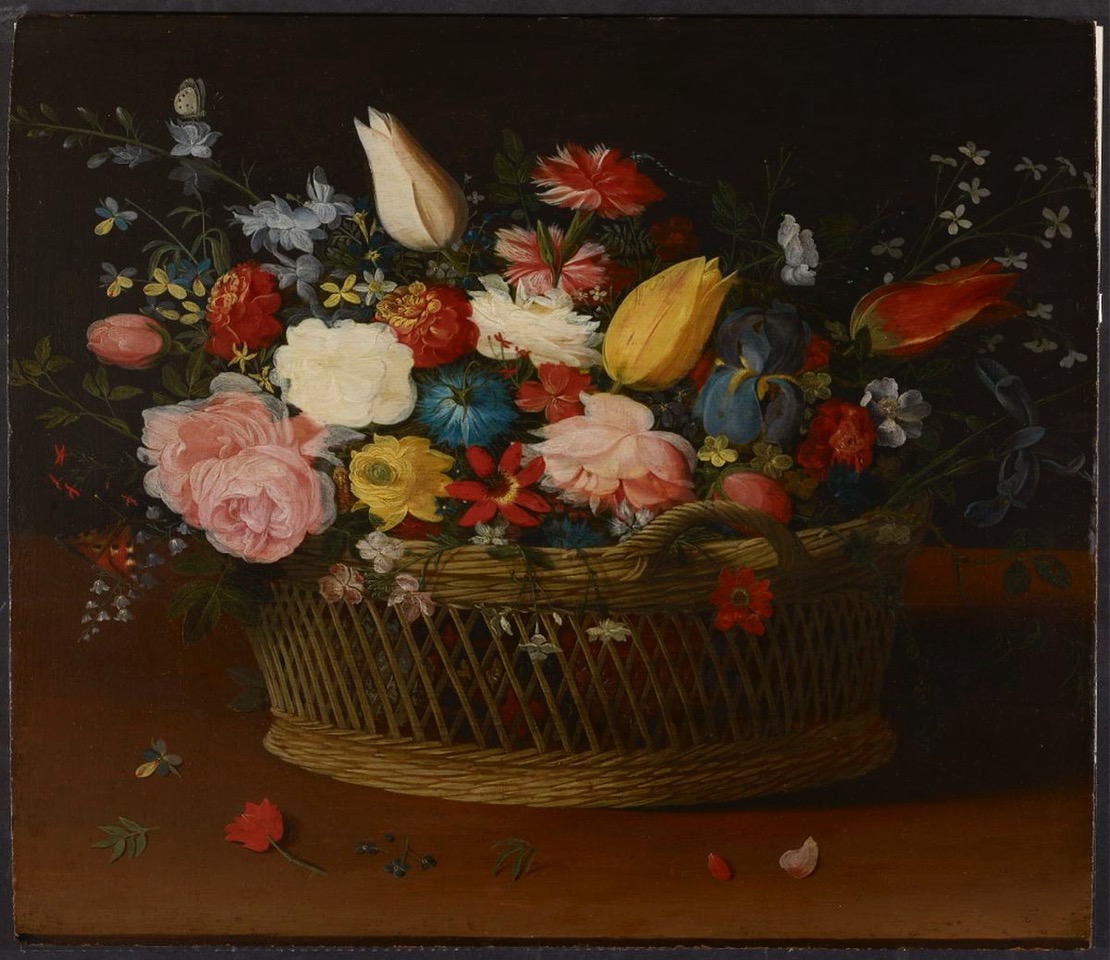 Sara Angel is the founder and executive director of the Art Canada Institute. Her PhD dissertation was on Max Stern’s restitution claims. She teaches art crime and Nazi-era art restitution at York University, where she is an adjunct professor.

In 1986, when Holocaust survivor, author and political activist Elie Wiesel accepted the Nobel Peace Prize, he asked the world to never stay silent in the face of injustice. Now, in a week that marks International Holocaust Remembrance Day, Canada needs to honour Mr. Wiesel’s words and consider how we might work harder to follow them.

Recently The Globe and Mail broke the news about questionable circumstances surrounding the Art Gallery of Ontario’s restitution of Still Life with Flowers, a 17th- century oil painting by Jan van Kessel, to the heirs of Martha and Dagobert David, former Dusseldorf residents who lost the painting under Nazi duress.

While the AGO unquestionably did the right thing in returning Nazi-looted art, the process it followed to do so has exposed Canada’s insufficient approach to handling restitution claims and our inadequate attention to the issue.

From 1933-1945, the rapacious Third Reich cultural policy saw approximately 20 per cent of Europe’s art plundered by the Nazis – of which approximately 100,000 works remain hidden in private and public collections, according to Michael Bazyler, professor of law and human rights at Chapman University. Marc Masurovsky, co-founder of the Washington-based Holocaust Art Restitution Project, estimates that Canada’s portion of this tally of lost art is “likely several thousand objects.”

Yet we do not have a clear, government-defined policy for how to handle looted art when it is found, and also lack a solid commitment to identifying such works. In Germany, Austria, France, the Netherlands and England, no Nazi-looted property found in a government-funded art museum is restituted without steps that include a thorough study of the work’s provenance completed by a party other than its claimant. Extensive research made available for public record is heard by a committee of experts that makes a recommendation to a cultural official who weighs all sides of a case and decides how to best proceed. Often the process can take years.

In contrast, Canada’s lack of restitution policy meant that the public only learned of Still Life with Flowers via a gallery-issued press release after the AGO deaccessioned the painting last November. The absence of a Canadian process for how to handle restitution claims allowed the AGO to reach a decision based on evidence provided by Anne Webber, a British-based representative of the David family. Within months of her contacting the AGO, the painting left the country without any public scrutiny.

While the answer of what to do with works of art lost under Nazi-duress seems obvious to the layperson – give it back! – the matter is not quite so straightforward. As Holocaust restitution lawyer Nicholas M. O’Donnell explains in his book, A Tragic Fate: Law and Ethics in the Battle over Nazi-Looted Art, cases that often seem straightforward are rarely clear-cut. Facts are regularly intractable, grey, complex and ethically uncertain.

For instance, often the buyers of art liquidated by Jews under Nazi duress were other Jews – who, in the chaos of Nazi Germany, looked to art as an asset that could be legitimately exported when cash couldn’t. Matters are further complicated when one considers that countless Holocaust-era art sales went unrecorded, and that in the process and aftermath of Nazi persecution, any existing paperwork went lost.

To coincide with its November press release about Still Life with Flowers, the AGO placed a brief history of the painting’s ownership on its website, noting that in 1937 the work belonged to the famed German-born Canadian art dealer Max Stern – who, after escaping Nazi Europe, re-established himself in Montreal as one of this country’s most admired cultural leaders, representing such revered names as Emily Carr and Jean-Paul Riopelle. 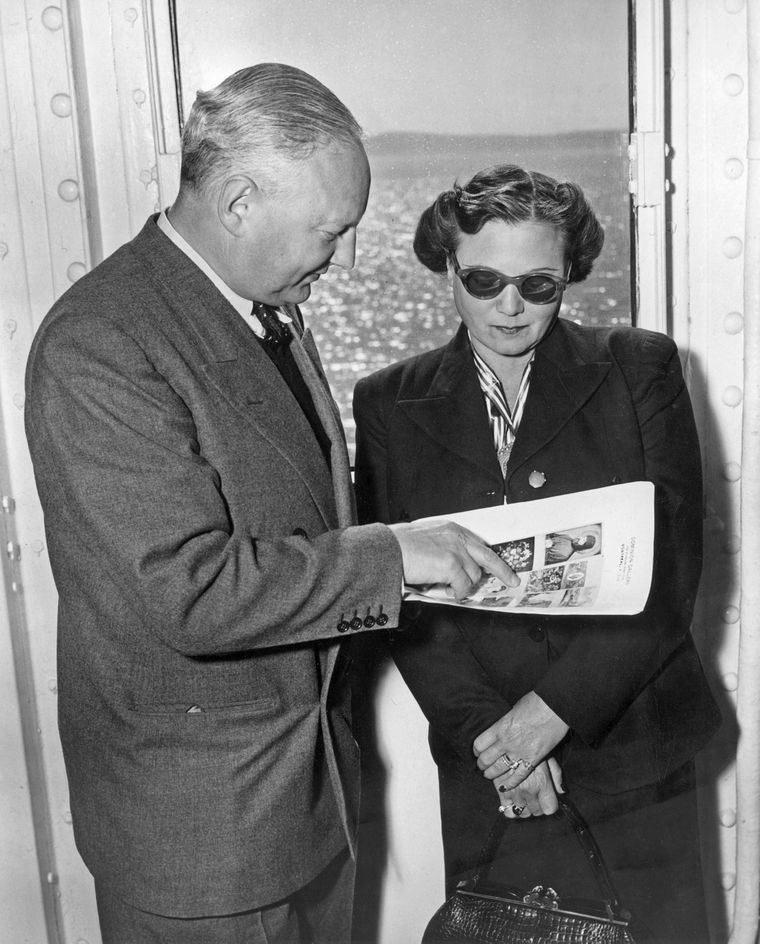 Max Stern and his wife, Iris, are on a ship looking at an advertisement showing
art works that they were pursuing from the Stern collection lost during the Nazi
period, c. 1952.
CONCORDIA UNIVERSITY VIA AP

Before his flight from Germany, under Gestapo orders, Stern sold off an inventory of hundreds of paintings at fire-sale prices after losing his credentials to deal art at his Dusseldorf gallery because he was Jewish. From Stern’s client records (now at the National Gallery in Ottawa), we know that Martha and Dagobert David purchased the bulk of their collection from him. This fact is further documented in a 2001 report delivered to the British House of Commons, prepared after the David heirs successfully claimed compensation for the painting View of Hampton Court Palace by Jan Griffier the Elder, which came to be part of the Tate Gallery collection after the family lost it under Nazi duress.

Stern’s heirs, represented by the Montreal-based Max Stern Art Restitution Project, one of the world’s most important voices on Nazi-looted art recovery, learned about the provenance of Still Life with Flowers for the first time via the Art Gallery of Ontario’s website. The project’s director, Clarence Epstein, wrote to the AGO asking why the gallery had not reached out “for more information on the 1937 Galerie Stern provenance.” The AGO responded that it saw no need to contact Mr. Stern’s heirs nor to review his records at the National Gallery of Canada.

In his letter to the AGO, Mr. Epstein also explained that prevailing practices dictate that the first individual to have lost an object as a result of Nazi persecution – in this case Mr. Stern, who according to the AGO website sold the painting to the David family under Nazi duress – is typically considered to be the lead claimant. Many restitution cases also see co-claimants emerge when facts are less than certain.

In response to Mr. Epstein, the AGO removed its acknowledgment of Mr. Stern’s ownership of the painting from its website records. The gallery then explained that the attribution to Max Stern had been an error. To date, no rationalization has been given for how the mistake happened – and no facts have been shared publicly about the evidence that convinced the AGO to restitute Still Life with Flowers within months of receiving the restitution claim last March.

While the AGO may have a sound case for deaccessioning Still Life with Flowers to the David heirs, Mr. Epstein’s objection is to how the gallery expunged Max Stern from the story, despite the existence of significant evidence that documents the David-Stern relationship. “The Nazis worked to erase all history of the Jews from Germany’s cultural landscape,” Mr. Epstein says. “Restitutions that happen with rigour and public transparency offer the opportunity to correct history desecrated by the 20th century’s most heinous regime.”

The AGO practice is consistent with Canada’s exceedingly slow and weak response to the issue of Nazi-looted art restitution. In 1998, Canada, along with 43 other countries, signed the Washington Conference Principles on Nazi-Confiscated Art, pledging to develop a national process to recover plundered works and address claims with integrity.

While museums including the AGO established committees to conduct reviews of works of art that were created before 1946, acquired after 1932 and underwent a change of ownership between 1932 and 1946, only four works of Nazi-looted art have been restituted from public collections in Canadian history. This includes Still Life with Flowers, a painting whose tainted past was not discovered by the AGO even though it was in its collection since 1995.

Only in 2013 did the Canadian Art Museum Directors Organization (CAMDO) begin a project, involving six galleries, to identify provenance gaps. While exemplary research took place at the National Gallery of Canada, the funding of $191,000 from Canadian Heritage was insufficient to complete comprehensive work on the issue across the country. Not until 2017 did CAMDO publish guidelines for handling Nazi- looted art – but the recommendations serve as neither public policy nor legislation.

There is no requirement by law for a gallery to give back a work of Nazi-looted art – and there is also no established protocol requiring our public institutions to act in a uniform, transparent manner when they receive a restitution claim. Until this situation changes, in the words of Mr. Weisel, “we are guilty, we are accomplices” in our failure to halt injustices against the victims of the Holocaust. We allow our cultural institutions to act with the best intentions – but while overlooking vital evidence, a judicious process and an accurate account of the past.