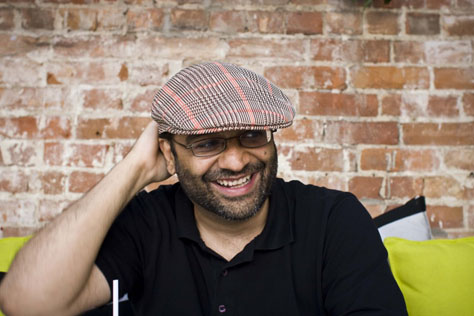 A look inside the inspired world of Toronto jack-of-all-trades Gary Taxali, whose drawings, paintings and prints are currently on display in the Drake Hotel’s restaurant.
—

It’s not often that you hear a successful, well-respected artist cite Dr. Seuss as an important role model. Then again, there aren’t many artists who have a practice like Toronto’s Gary Taxali. Not only does he make toys, stationery and cufflinks, Taxali has written a children’s book (This Is Silly) and created a Grammy-nominated album cover (for Aimee Mann). Plus, renowned institutions like New York’s Whitney Museum and London’s Victoria and Albert collect his work.

Taxali’s talent is currently on display at the Drake restaurant in an installation that features some of his favourite drawings, paintings and prints. Reproduced at an enlarged size and mounted on a back-lit wall, the works collectively form an alluring mural of Taxali’s world: a 1930s-inspired mash-up of typography, advertising and comic characters infused with a contemporary street-art vibe.

Rather than using canvas or paper, much of Taxali’s art begins on surfaces that bring an unexpected materiality to his art. In one of his Drake works, a sad-looking Mickey Mouse figure takes shape on an old book cover. In another piece, Taxali reveals his love for fudging the line between what is real and make-believe. A hand-doodled pencil-drawn bunny—the kind you might find in the back of a textbook—looks strangely out of place against other carefully drawn characters in the work. For Taxali, it’s part of bringing illusion to his art, of making the figure seem like “it was there before I got started.” 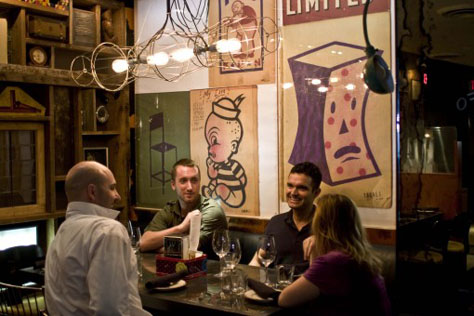 “I realized, hey, I could have a career doing this.”

Born in Chandigarh, India, Taxali was only a year old when he moved with his parents to Toronto. When he was still a child, they noticed his talent and enrolled him in painting and drawing classes. His first professional break came in 1991 while he was studying at the Ontario College of Art. Toronto Life commissioned him to illustrate an article on male aggression. “I realized, hey, I could have a career doing this,” he says.

Taxali moved to New York City after art school. It wasn’t long before his career as a commercial illustrator took off and he began creating award-winning works for publications including Rolling Stone, GQ and Esquire. He stayed in Manhattan for only a year, returning to Toronto to be with his family after his father died.

Back home, Taxali developed his signature style of mixing media and riffing on Depression-era ephemera. “The minimal colours, the visual beauty, craftsmanship, honesty and hopefulness of the period all appeal to me,” he says. “Also, it was a time when there was rampant use of cartoon characters for corporate identities.” 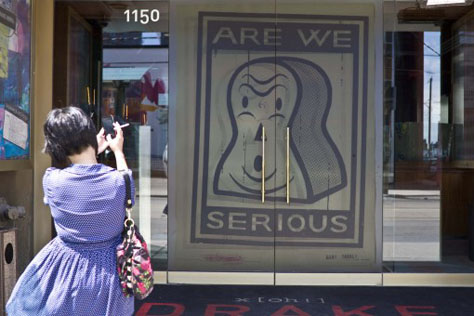 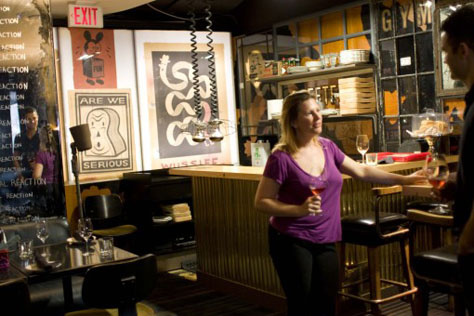 In 2000, Taxali made the leap from commercial art to the gallery world when he sent some of his fine-art pieces to La Luz de Jesus Gallery in Los Angeles. Four years later, he made another professional jump when his friend Shepard Fairey (renowned for creating the Barack Obama “Hope” poster) invited him to participate in a show. All of its artists were sent a blank vinyl figure on which they were told to create a character.

When toy manufacturers saw Taxali’s work, commissions came fast for three-dimensional versions of the figures in his paintings. In the past seven years, Taxali has created 12 characters; he has seven more on the way.

This September, two books on Taxali’s formidable output will be released (I Love You, OK?, published by teNeues, and Mono Taxali, published by 27_9). They both document a career inspired by the wisdom gleaned from The Cat in the Hat creator. “The best successes are when you create something for yourself,” he says. “You cross your fingers and hope others will like it. That’s what Dr. Seuss did. He wrote his books for himself.”