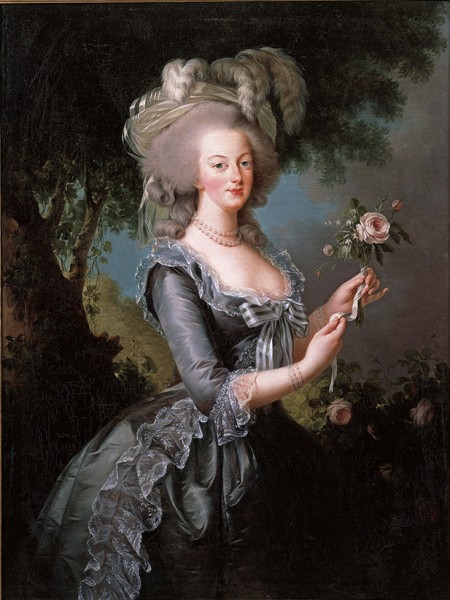 In late 18-century France, when only men could train at the prestigious École des Beaux Arts, Elisabeth Louise Vigée Le Brun defied the odds. She had a talent and confidence so pronounced that she made her name not only as the first internationally renowned female artist to paint portraits of royalty across Europe, but as an artist who commanded a fee higher than her male colleagues. Yet, despite her bold and pioneering spirit, feminists have maligned Vigée Le Brun for decades. Renowned art historian Griselda Pollock criticized her because she was both a portraitist and a society lady—as if one precluded the other. Simone de Beauvoir described her as a traitor to women for her skill at painting “smiling maternity on her canvases.”

Elisabeth Louise Vigée Le Brun, a landmark exhibition that opens at the National Gallery of Canada next week—where it was co-curated by the gallery’s deputy director, Paul Lang— gives viewers the opportunity to see the artist in a new light. Featuring numerous works that have never previously been seen in public, the exhibition comes to Ottawa from New York’s Metropolitan Museum of Art, where it made its previous stop.

Elisabeth Louise Vigée’s life wasn’t always an easy one. Her father, a successful artist who taught his daughter to paint, died when she was just 12, leaving her to train herself by copying works in private and public collections around Paris. When her mother remarried a man whom Elisabeth Louise detested, she left home to marry the renowned art dealer Jean-Baptiste Pierre Le Brun. He proved to be a gambler and a philanderer who frequently pocketed her earnings—but the union was not without merit. It produced a daughter, Julie, whose image Le Brun painted repeatedly and with profound affection. Among the show’s masterpieces is Julie Le Brun Looking in a Mirror (1786) showing the reflection of the artist’s daughter’s six-year-old face. Its intense intimacy proved Vigée Le Brun’s unparalleled skill at depicting maternal love, a talent that Marie Antoinette recognized.

Vigée Le Brun was only 22 years old when she first painted the queen of France. Taken by the portraitist’s charm, “and a deep empathy for her sitters,” says Lang, the monarch sat for more than 30 portraits over the next six years. Among them was Marie-Antoinette and her Children (1787), which, like her pictures of Julie, captured motherhood with a poignancy while never veering toward the banal.

Vigée Le Brun’s exceptional ability to depict the maternal, however, was far from her only talent. The exhibition includes her 1784 portrait of Charles-Alexandre de Calonne, the controller-general of finance and a man whose power was second to only King Louis XVI. The painting presents him in formal dress sitting at a desk holding a letter for the king. Yet Vigée Le Brun humanizes the painting by depicting Calonne with powder on his shoulder, which has fallen from his wig. “Because Vigée Le Brun was self-trained, she renewed portraiture,” says Lang. She “developed a fresh take that combined aspects of the official and the private—this is among her greatest artistic legacy.”

At the outbreak of the French Revolution, Vigée Le Brun fled Paris and for the next decade worked in Italy, Austria, Russia, Berlin and England, continuing her career portraying Europe’s elites. In 1802, she returned to Paris once her name was struck from the government’s list of enemy émigrés. Living there until age 86, she enjoyed a celebrity status as an art icon and survivor. Still, as a woman of beauty, talent and charm, she attracted gossip and criticism. Jealous onlookers never tired of accusing her of sleeping with her sitters, and asserting that her success was thanks to her husband’s contacts. “She was bullied by the machos and the feminists,” says Lang. Such characterizations and rumours can finally now be laid to rest. Without question, the exhibition demonstrates that Vigée Le Brun was a startling innovator and virtuoso who not only changed the conversation about how to render a human likeness, but did so with an honesty, integrity, and originality that was entirely her own.